I absolutely adore Anne Tyler.  She is my favorite author ever and if I could only read 1 author for the rest of my life, it would be her.

For some reason, 1 of her books really resounds with me and as I listened to the audio this last week over vacation (for the umpteenth time) I started making notes on my phone as I walked to it.  I realized that so much of what I was hearing was ‘me’; that it expressed things I maybe didn’t see, or couldn’t put into words.

In “Breathing Lessons” a man and his wife, Ira and Maggie, take a day trip to go to a funeral.  As the day progresses, you get a glimpse into their lives and histories, and meet others along the way.  The entire book takes place in a 10 hour period, and the insights that are revealed about this couples’ lives are so impactful.

Maggie reminds me of myself.  Awkward.  Wanting to always please.  Wanting to hold onto things that may need to be let go of.  Worried about her looks.  Not always confident in her worth.

One of the biggest struggles Maggie has is saying goodbye to her daughter who will be leaving for college the next day (her son already lives on his own), and wanting to reconnect with her 7 year old granddaughter who she hasn’t seen for years.  She wants to start over; be needed by a child again.  Have the family she reveled in.  Not hear the silence when she walks in her door.  I feel for her.  I know how difficult it can be to want to take steps backwards and not forwards.  To be back in that time when Ollie was young and I was the most important thing on the earth to him.  I remember subbing in his Kindergarten classroom, and he couldn’t stop holding my hand throughout the afternoon and calling me “MOM” in a voice that told every other kid in there, that I was HIS mom and only their sub!  There was another time when he went to a sleep-away church camp (at which I cussed when I found out he forgot his Bible, then cussed again after I cussed…it was obvious the leaders felt Ollie really needed them, growing up with a mom like me!) to spend 4 nights.  This seemed like forever to me but like every mom, decided that having those days to myself would be heaven.  I got a call the morning after his first night…it was Ollie telling me he threw up and I needed to get him.  I raced to the camp with a bucket in tow, and he was really quiet during our drive home.  I plopped him in bed and told him I’d fix some Jello and check on him while he was napping.  About an hour later, he came into the kitchen, with tears streaming down his face.  He said “Mom…I LIED TO YOU!!!  I wasn’t sick!!!  I just wanted to be with you!!!”  I laughed and said he never had to lie about wanting to be home!  And we went to the pool and had a great day! 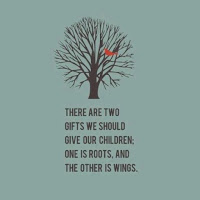 Ollie lives with me now after being on his own for 6 years, and we have fun together, but he’s not my boy anymore.  He’s his own person with so many centers in his world now.  And that’s the way it should be!  Of course!  But like Maggie, I wish I could rewind and do it all over again, and savor those moments even more.  Why does growing up happen so fast?

In another part of the book, Maggie is trying desperately to get her son and his ex-wife back together so she can be with her grandchild.  The problem is, their relationship was horrible from the start, although Maggie can’t seem to accept that.  Or even see it.   Her son was just too immature and self-centered to be a good husband, and her daughter-in-law was too demanding and childish.  One of my favorite quotes from the book is Ira talking about Maggie to their son:

“She believes it’s all right to alter peoples lives.  She thinks the people she loves are better than they really are, and so then she starts changing things around to suit her view of them”.  ~ Anne Tyler
I had to listen, and then finally read, that quote so many times because it resonated in me.  Is that what I do?  Particularly in relationships?  I’m thinking yes.
I had my weekly counseling appointment today and I love my counselor.  She is someone I really click with and I’m surprised by how much I’m able to share and how vulnerable I allow myself to be with her.  We were talking about my last relationship, and I told her I was still reaching out to him because I wanted to save him.  From himself.  He’s the one with PTSD and Borderline Personality Disorder (BPD) who really hurt me so many times during our 3 years together.  He told me how he had given up on things; how he is just going to be alone and miserable for the rest of his life.  And I tell him how wasteful that would be.  You see, he’s living DOWN to his diagnosis of BPD, as if having this is a death sentence.  A slow death sentence.  I told him how a diagnosis needs to be used for understanding, and how you learn to recognize what the disorder or a mental illness is doing, and find constructive ways to cope.  It’s not a death sentence.  The diagnosis should be a map.
My counselor asked me why I had such a need to show this to him, particularly since he really doesn’t listen to what I’m saying.  I told her because I felt guilty.  Ashamed.  Like I didn’t do enough to help him during our years together.  Didn’t have the right words to say.  Wasn’t enough for him to want to work on his issues.  Like I was to blame for when he lashed out, because I was the one that triggered it.  She looked at me and said this:  “But Kristi, he has Borderline.  That’s what they do when they don’t get help or try to learn how to cope.  That’s who they allow themselves to become.” 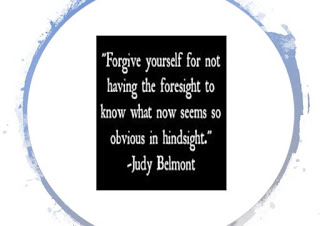 I don’t know what it was, but I felt a relief after those words were spoken.  A weight dropped.  It wasn’t my fault that he kept abandoning me.  That he put his hands on me.  That he cheated on me.  That he told me he left this last time because of what I said.  It was the disorder.  The fucking disorder.  I tried for so long to not see him as having these issues…I wanted him to always be the great guy who put me on a pedestal and made me feel I was the center of his world.  But I wasn’t.  As much as I want to rearrange things and make them right…good…to suit how I want them to be…who I want him to be, I can’t.  And he didn’t do these things out of maliciousness.  Or because of something I did.  It was because of an un-diagnosed disorder.  I still want to help him .  But NOT out of guilt now.  But out of compassion and love.  My counselor said the words I guess I needed to hear about a lot of things:  “It’s not your fault.”
This is my favorite scene in Good Will Hunting.
I think a lot of us need to hear the words: “It’s Not Your Fault”.
And I think Robin Williams does it better than anyone.
And I realized something else.  I don’t need to be the center of someone’s life to be important.  Needed.  Worthy.  I’m a center already.  My center.  My Florida trip showed me this.  That I can be enough for me.  That I can have a life with me.  I don’t need to rearrange people to make them something they aren’t just to have them.  I don’t need to pretend they, or me, are something we’re not.
It was a pretty cool thing to discover all of this.  That I’m not always to blame for things.  That I can’t make people take my help unless they want too.  That I don’t have to be driven by guilt anymore.  That I can make mistakes and I’m still a pretty OK person.  That I don’t have to have everyone’s acceptance.  That I can give myself the validation I need.  That I don’t need to take steps backwards; because moving forward is journey enough.
I’d say, all in all, that Florida was really good for me.
Even despite being burnt. 😉
Kristi xoxo