Wait.  I need to stop here first and admit something:  I’ve always hated it when people begin paragraphs with so, and I get on my students all the time about this!  And, I just read an article about how using the word SO undermines how people see you.  BUT, it just seems SO handy and such a good intro, that it’s now going to be my signature move!  🙂 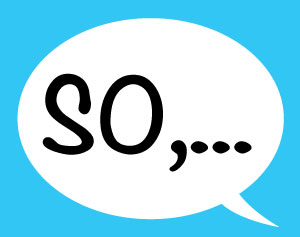 SO, I went to a new psychiatrist this week; he is the over-seer of my counselor and she wanted me to have a ‘med check’ since this f%^&ing depression isn’t lessening at all, despite better personal circumstances AND being on my meds.  I liked him right off;  he was much more thorough with me than another I had seen, and really took his time explaining my options.  First, he told me that the anti-depressant I’m on now isn’t well indicated for bipolar.  I was put on this since Effexor is indicated for fibromyalgia (which I also have…go figure), but since that’s not as serious as the bipolar, he wants to change it in 3 weeks.  He did put me on a mood stabilizer which I am a bit nervous about.  I’ve been on Depakote and Lithium at times, and both gave me thoughts of suicide and self-harm.  I was too scared to try another, but he put me on Lamotragine which doesn’t have that particular effect.  He believes that getting on a stabilizer, as well as a new anti-depressant, will really help me with both my cycles and the depression.  He said I’ve basically been fighting this depression by myself…with no real ‘help’ at all in terms of my meds.  I can’t wait until I start feeling the benefits of the Lamotragine and once it’s had a chance to build up a bit, that’s when the other will be switched.  I’m optimistic!

You know, using the term ‘battle’ is an interesting choice of word, and one that fits for all of us at so many different times in our lives.  For some, the battle can be won and for others, it’s never over.  But we all fight them, and sometimes we forget that.

As much as I hate having bipolar, I also know how very lucky I am.  Things could be so much worse for me.  My mom’s bestie has Primary Lateral Sclerosis, a diagnosis that came after much testing at the Mayo clinic.  Prior to this, docs believed her to have Parkinsons.  This poor woman has suffered, and is suffering so much.  Her speech, her ability to eat, her physical dexterity and abilities, her pain, her weakening…everyday she faces challenges.  Here’s the thing though:  she is the most optimistic, positive woman when it comes to this disease, and she sends me messages all of the time offering ME support!  How does she do this?  How can she be fighting such a battle, and still be concerned with someone else?

I think I know.  Because giving support is just as important in receiving it, no matter what you are facing.  After I post things on Facebook regarding issues I might be having, I get a ton of support, which boosts me and makes me feel better and less alone in whatever it is I’m going through.  Then, I get dozens of private messages from people who share their own struggles and issues with me, and I talk to them and help them the best I can.  Even if it’s just being a listening ear or validating their experience, or making them feel less alone.  More cared about.  Loved.  Important.  And the best thing is this:  doing this makes me feel better as well.  Not that that’s the purpose of me helping them, but it’s a nice extra consequence of doing so.  It reminds me how much we all deal with, whether it’s known or not.  That we are never alone.  There is always someone else out there struggling.

Sometimes I don’t know what to say, beyond “I care and I’m here.”  And I used to think this wasn’t enough.  I wanted to have answers for everyone!  I wanted to fix them!  I wanted to wave a magic wand and POOF, their lives would suddenly be OK!  But I realized that all I want when I’m needing support is hearing those words of care and concern myself.  I know my mental illness, or issues I might be dealing with won’t be fixed with some words.  But those words are still comforting to me.  Are still important to hear.  For all of us, at anytime. 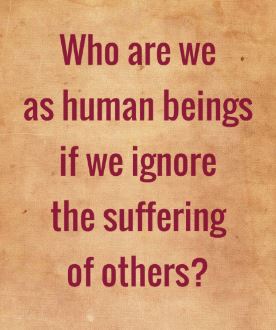 A drawback to recognizing and supporting others who are struggling is this:  guilt.  How can I talk about depression or being bipolar, when others are looking at painful, progressive, and potentially deadly diseases?  How can I lament my loneliness at not having a partner, and the grief I still feel at losing him, when others are embroiled in contentious divorces in which they could lose their children?  How can I cry over things in my life, when there are those being beaten regularly.  Raped?  Are homeless?  It makes me feel so small to think I make my problems sound important next to these.

But does another person’s suffering mean ours isn’t valid?  Who defines what constitutes suffering and what doesn’t?  Should I feel bad…for feeling bad?  Well, I do.  Then, that guilt and feelings of selfishness make me feel even worse about myself.  Talk about a circular pattern to get into.

But ultimately, a battle you fight is your battle.  It’s your pain.  It’s your life.  And that pain is valid.  Always.  It may not be as severe a pain as others feel.  But it’s still pain.  Your pain.  And it’s OK to acknowledge it.  OK to ask for support with it.  OK to reach out.  Just remember the others in the war as well.  They too need all we do.  Support, guidance, validation, love, help.  And by giving those, we help to get more to fight our own battles with;  and we become more compassionate, more understanding, more open.  Things that help us all.

Bringing Happiness to Your Home

Welcome to my world

Vision of the Night

To Write or not to Write and What to Write