So, my ma and I were yacking yesterday, and we got on the topic of men.  I was telling her how I was still missing my ex and how I didn’t know what I did to my 2 date wonder to make him run so fast.  She said: “How do you know it was something you did?”  Hmmm.

As my logical brain (not huge, just sayin’) tried to process this information, my emotional brain automatically blamed myself for the end of not only those, but all my relationships.  Now here me out:  3 divorces (shutty the mouthy), an ex partner (who I thought was my soulmate), and some fizzly dates that probably never should have happened.  And, my sweet grasshoppers, who was the common denominator in all of those?  Go ahead and shout it out, I can take it:  ME. Blech.

It’s been 6 months since ex and I broke up.  Wait.  Wrong choice of words.  It’s been 6 months since ex broke up with me.  And yes, he wasn’t the best to me during our 3 years together.  Y’all have heard that before.  Along with having had a really bad childhood, he has BPD and PTSD and I cut him a lot of slack because of all this.  The cheating, frequent abandonment, lying, gaslighting, rages, and you get the point.  I overlooked these or minimized them because of feeling sorry for him; because of how I was wanting so bad to make his life better than it had been.  Because I wanted to fix him.

Is that what we women do?  I know there are so many women out there that don’t feel this way, but I think those of us who are overly sensitive and/or strong empaths do.  It’s kind of what’s inside of us.  How can I say how ‘sensitive’ and ’empathic’ I am if I don’t show this to the men in my life?  To ex?  He served 3 grueling tours in the Middle East.  Didn’t he deserve to fuck up?  He has mental health issues with documented damage in his brain because of an explosion he was in during his time in Iraq.  Didn’t he deserve forgiveness from me for doing the things he did?  God knows I’ve made a LOT of mistakes because of issues with the mania or depression I’m cycling through.  Don’t I want the same treatment?

Well, maybe there’s a difference.  First, he was consciously aware of every single thing he was doing because he spent so much time covering it up, lying about it, or making me feel I was nuts for thinking anything was amiss.  If you are able to have that much insight into your actions, are they still the product of a mental illness you can’t necessarily control?  Hmmm.  That’s really one of the hallmarks of BPD, isn’t it?  The instability of the person in every area of their lives.  And with me, I know my impulsiveness has especially caused me to do and say things completely and totally wrong.  That’s part of bipolar.

So what gives?  I feel so much remorse after I’m in a better place, I don’t think I’ll ever be able to forgive myself a fraction of what I’ve done.  I also take full responsibility.  I always blame myself, bipolar be damned. 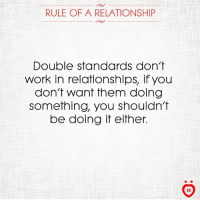 Is there another explanation for why I stayed then?  I think because of my drawers.  NO!  Not my knickers…but my brain compartments.  Like a lot of people, I’m very good at putting things in boxes.  You put the abuse, infidelity, horrible words in a drawer and try to forget about them, while allowing the drawer of good times to be open.  Remembered.  Looked at.

Ma asked me if I would ever go back to ex.  I truly, with all my heart, wanted to say no.  But to be brutally honest, I don’t know.  Not long ago, I really wanted another chance at our relationship and responded as such after he texted me.  He shot that down.  For him, it’s dead.  For me, some embers are still burning.

After J ‘broke’ up with me, I dated a lawyer for a couple of months.  Educated.  Suave.  Fun.  And I thought, OK…this could work.  And then, after a truly small issue that HE brought up, he got so mean with me (verbally…on the phone) that I couldn’t believe his venom.  But in retrospect, I know where it came from.  He and his ex have fought over their daughter for more than 10 years now.  They have been back and forth to court scores of times for such ridiculous things (and it’s the poor girl that’s in the middle of this mine field).  He talked about his ex-wife in such scathing, hateful, and cruel ways that it was always easy to see that anger about her in him.  I just hadn’t realized the anger was now a permanent part of him.

Then I had 2 dates with another boob.  We met for drinks one Saturday, and the conversation was good and he even hugged me goodbye.  When he did this, I ‘thought’ I felt a hand on my ass, but figured it was probably my imagination.  The next date was at his house.  When I got there, he hugged me and when I left, he hugged me, with his hand on my (guess!) ass both times.  OK, dude.  You are almost 60 years old, and it’s obvious (from other things he said…and let me tell you, that second date ended VERY early) you want a hook up.   Class act.

Then, my friend of 20 years that I asked out not long ago confounded me too.  I had so much fun on our couple dates together…I really did!  We had been such good friends and I thought building a relationship on that foundation would make for a great thing.  Obviously, it didn’t (shocker, huh?).  I  could see us together, and I was really surprised at how his rejection of me hurt so bad. 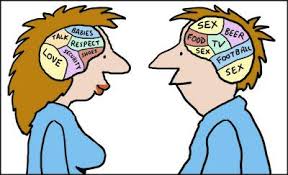 Here’s what I’ve noticed that pisses me off.  In my life (and many other people have seconded this to me from their own experiences), men seem to have the upper hand in relationships.  In terms of me, why is it that when they wanted it to end, it ended?  Just because J (ex) was wanting to break up, why did we?  Why did HE get to make that decision?  I went to his apartment a couple of times to talk, and he literally would not let me in.  So, I looked desperate, needy.  But, if he came over here?  I would have the courtesy to listen to what he’d say, and others might see him making that step as being so humbling for him.  Men are pursuers, women are stalkers.  Men are ‘ready for an emotional attachment’, women are needy.  ‘Nuff said.

My friend decided he didn’t want a romantic relationship right now (better get off that dating site then, buddy), but I did.  Once again, his decision prevailed.  Ma asked me if I had talked to him about things, and I said no, not after that last text.  Why?  Because I would look too desperate.  Right?

But maybe this isn’t about gender (now don’t send me crappy messages about not liking men: for fuck sakes, I’ve married 3 of them and gave birth to one), but about those of us who are overly emotional vs. those who aren’t.  The over-emotionals  don’t handle rejection well.  We expect that others will treat us like we treat them, and understand relationships aren’t (or shouldn’t be) disposable.  We grasp the insight that relationships take work, time and effort.  Why is this so rare?  Shouldn’t this be the ‘rule’ instead of the exception to the ‘rule’?  Shouldn’t both people be part of the break-up like they were for the initial start?  Why can’t both sides have input without judgement?

If one more person tells me it wouldn’t be the end of the world if I never have a partner again (thanks for the optimism, peeps) I’m literally going to punch them in the face.  OK, not literally.  And not even a tap.  BUT, they will get one of my shitty looks…that’s for sure.

Look, I know it wouldn’t be the end of the fucking world.  I’m a bit smarter than that.  But I like having a partner.  Actually, I love it.  There are so many people that don’t admit that anymore.  Maybe they think it makes them look weak.  Or needy.  Or pathetic.  I’m not any of those.  How does wanting someone to love and have them love me back weak?  Needy?  Pathetic?  Isn’t that what life is all about?  Building those intimate connections that make us feel loved, secure, and content, with the knowledge that someone out there is crazy about us.  There’s even a phrase called “Poverty of Attachments”; according to this, I’m definitely poor.

Maybe I am just asking for too much.  Maybe I will be alone.  But, maybe a guy will come into my life wanting me.  Not wanting what he can get from me, or take from me, or do to me.  But just wanting me.  With all that comes along with me being me.  Is my soulmate out there?  Does that even exist?  I don’t know the answer to that.  But I do know I’ll keep giving 100% in any relationship I’m in and work my ass off in it.  Maybe that’s good…maybe that’s bad.  But to be honest with you,  that’s all I know to do.