So, what does it mean to be happy?  Really think about it.  Everyone says that all they want from life is to be happy…but what is it?  Contentment?  Security?  Being loved?  Having a family?  Enjoying your career?  A minimization of stresses?  Is happiness the addition of good things/feelings, or a subtraction of the bad?  Is it a concept like ‘love’ that has a different meaning for everyone? 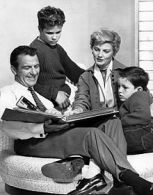 I’ve been contemplating this a lot lately for a variety of reasons.  I used to think that my happiness stemmed around having a family.  The white picket fence, “Leave it to Beaver” type family I always wanted for myself, and I pretty much had that when O was a little guy and his dad and I were raising him for the 13 years we were together.  I can honestly say that was the ‘happiest’ time in my life since being a mama and wife meant so much to me.  It was also then that I was hired as an adjunct instructor, got a full-time position, and then was rising up the ranks to being a professor.  It was almost like the stars were aligned just right and everything that I had ever wanted came together.

Fast forward to my life now, single and living alone, and I ask myself if I’m happy like this.  I never thought I’d be because here’s a secret for you:  I was always VERY scared to be alone.  VERY.

Even when others were at home with me, but I was upstairs while they were downstairs, I’d still be scared!  Sometimes sissy would spend the night with someone and my parents would get me in bed before they went down to watch TV.  I would lay in bed shaking…literally.  My family used to laugh at how I’d sleep with all of my stuffed animals in my bed to where they surrounded me like a fence, but it was my safety net, so to speak.  If anything could scare off a monster or axe murder, it was my pink bunny with the ears pulled off.  I don’t think they know this or not, but I often snuck out of my room and would sit on the steps for a time just so I could hear them talk and the TV playing.  I felt much safer then.

Then, it was around the time I was in the 6th grade or so that ma started working outside the home full-time (and yes, I used to roll my eyes at that expression but after raising a son, I’m here to tell you that professoring is a freaking breeze compared to the work load of mommying) and my sissy was in High School.  Ma would drop her off and I’d get myself off to school.  No biggie…right?  I had 2 blocks to walk and I was only home for a half hour or so before leaving.  But I was petrified every single morning (which is why I often called T in sick to school so her friends could come over for a skip day, courtesy of my excellent imitation of mom’s voice that the school secretary never questioned) and having T at home for that 1/2 hour before I tottered off to school made me so much more comfortable.  If anyone could stave off a Ted Bundy wannabe, it was T!

Even as an adult, I was scared.  When M (Hubby 1) and I were married, he often had to work 3rd shift and I was alone in our green trailer (if I never see a toilet the color of a rotten avocado, I’ll die content).  I’d pack up Scooter (my first ever dog), Sheldon (my parakeet) and myself and traipse over to ma’s to spend the night in my old room.  She was married to R at the time (get ready for it…the fucking bastard) but even spending the night in the same house as him was preferable to being by myself.  That, my sweet peeps, says a lot.

When O’s dad and I got married, we moved a couple of states away and sometimes he’d have to go on 2 day trips around Kansas (very exciting stuff) while I stayed at home with my baby.  I couldn’t go to moms unless I wanted to drive 14 hours, so I’d barricade me and O in my bedroom with my German Shepherd posted outside the door (God bless you, Tessie) and would count the hours until morning.  Hubby never understood why I was so freaking tired when he got home since O could sleep through the night by that time.

I don’t know what did it, but being alone started to change for me when I was married to Hubby 3.  He spent his summers riding with his motorcycle club (gang 😳) and I was alone for 3 day weekends all through the season, as well as during his  4-5 day trips.  I hated it at first, but then started savoring more and more of the aloneness (is that even a word?).  I liked having the time to do whatever it was I wanted to do, but yes, I was still really scared at night.  Do you remember the game “Bloody Mary”, where you look in a mirror, chant that phrase, and then you’ll actually see her ghost appear?  Because of that damn ‘game’, I couldn’t sleep in a room with a mirror for ages.  So, when Hubby was gone, I’d put a blanket over my dresser mirror that faced the bed, and hoped for the best.  Eventually, I took it down…believe it or not, that was a huge step for me!  (P.S.  She never appeared…go figure 🙄).

So here I am now…alone.  Everything I didn’t want to be but suddenly the situation I find myself in.  Surprisingly though, I don’t hate it and in fact, sometimes I really love it!  You see, I used to depend on others to make me feel secure.  Safe.  And to go even further with it validated…important…needed…and yes, happy too.  I sought these things from everyone I had been in a relationship with.  I wanted them to be the one stop shop where I could get all I needed just from them.  I wanted them to be responsible for the things that made me ‘happy’ and as you well know by now, those situations didn’t last.

You know, I used to hate it when people would say:  “You are responsible for your own happiness.”  OK…I’ll jot that down in my little book of advice.  But actually, it’s true.  I think I turned away from the gist of that phrase because I didn’t want the responsibility of my own happiness.  I didn’t want to learn to depend on me.  Feel safe with me.  Feel secure with me.  That sounded like a crap load of work, and it was so much easier to put that onus on someone else and then blame them when I wasn’t happy.  Right?  Why take on a job when you can pass it along to another?  (By the way sis, you still owe me a vacuuming from 1980 when I did it for you that one afternoon before ma got home…just sayin’). 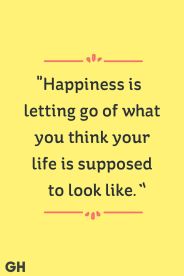 And guess what?  I’m doing it!  Over these past months, I’ve learned so much about myself.  I’ve learned how much stronger I am.  How much more capable.  I’ve learned to take care of me…by myself.  I’ve come to understand I can weather storms with just me, Eddie, and Little Dot and it’s empowering every time.  I have finally come to see that depending on me is something I’ve needed for a long long time.  I’ve also learned something so so important:  that being with someone who creates unhappiness for you is so much worse than simply being alone.  I don’t NEED anyone to fulfill my needs now (although having one of those fulfilled…ahem…would be sorta nice), I’m doing just fine on my own.

So, back to my original question:  is this what happiness is…at least for me?  Yes.  I think it is.  I know when I wake up, I smile.  I know doing things around my house to make it exactly the way I want it makes me proud.  I know that watching Eddie and Dottie play out in the yard makes me laugh.  I know that watching stupid movies and eating dinner on the couch with Eddie’s head on my lap makes me feel a sense of contentment.  Maybe this wouldn’t be enough for someone else.  Maybe it’s too ‘little’…after all, I’m not traveling the world or jumping out of a plane, but it’s what I like.  And for me…that seems to be my happiness.

I still cry.  I still deal with issues relating to being bipolar.  I still get scared at times…lonely…sad.  I still miss having a partner at times.  I still want a picket fence family again.  Right now, I’m cycling through a bit of a manic stage but with some depression in the mix (it’s such a weird feeling to be on top of the world while crying at times), and the other day, I was really struggling.  I reached out to a friend and asked if they could come over for even just a few minutes to give me a hug and reassure me I was going to be OK.  They couldn’t so I weathered the storm on my own, and came out just fine.  By myself.  All by myself.  And…I was so proud.

For me, this is all happiness.  Knowing that no matter what happens to me in life, I’ll always have myself.  I’m happy with being ‘just’ me.  I’m happy with how I’m living right now and what I’m doing.  Maybe happiness is different for everyone, but sometimes I think people seek it too much in things…or in other people…or in constantly striving for that ‘something’ else that will miraculously fulfill them and make them believe they have finally reached the nirvana they sought.  I’m thinking it’s a little more than that…and a little less.  I’m thinking that it really does come from within…that it’s not money or cars or houses or others.  It’s you, and being content with who you are.  That, grasshoppers, is enough…at least for me.

Judaism, work, life, poetry, etc. Not code for "single and looking". This is not a dating blog.