So, ever since I learned to do a cartwheel in the 3rd grade I’ve always loved gymnastics. And although I felt I was destined for greatness after that accomplishment, it turned out to be the only half-way coordinated thing I was able to do after years of trying others, so I decided to let my other talents shine. I’m 54 and still deciding on what those are. 🙄

Anyhoo, I suffer from bipolar as well as an eating disorder, and wanted to tell you this: the decisions you made regarding not competing in the finals of some of the events everyone expected you to win golds in was an extremely brave thing to do. I can’t imagine how difficult this decision was to make…working your entire life for this opportunity and then having to pull out shows me what a horrible state you were in. Then to top it off, you were treated to cruel posts, tweets, editorials, etc. about how you just weren’t being a professional.

Well, I have a couple words to say to those people and I hope you won’t get offended, but fuck them. It’s easy to sit behind a keyboard and wax eloquently about how you had an obligation to perform no matter what…hmmmm…I’d like to meet these people since apparently, they’re perfect. 🙄

Look, I know you have had a tough time in your life. Between shuffling through various foster care homes before being adopted by your grandpa, being bullied in high school because you were muscular, and having a brother who went through a trial for a shooting that he was acquitted for had to have taken such a toll. But…there’s more, isn’t there?

In 2013, you were treated by a sports psychologist because of how you felt after not performing as well as you wanted too at the U.S. Classic. Already you were under pressure to be the very best at the age of 16. For piss sakes, at 16 I was trying to drive a freaking stick shift and learning to flip burgers at Hardee’s…and I thought that was overwhelming.

You’ve also talked about being diagnosed with ADHD which is a term people throw around way too much. “Hey…this kid can’t sit still…he must be ADHD.” Nnnnnoooooo. He’s a kid. Actually, ADHD is a true mental health disorder that is a lot more than being a bit hyper, and it can make life extremely difficult to navigate. Hell, if it was just not sitting still, every 1st grader in the country would have this diagnosis (and come to think of it, that’s almost the case). And as an adult? ADHD causes anxiety, emotional issues, hyper-focus, restlessness as well as many others.

Then, so sadly, you were one of the victims of Larry Nasser (former US Gymnastics doctor), the son-of-a-bitch who sexually molested more than a hundred of his patients. You stated this caused you to have suicidal thoughts and as someone who was sexually abused by a doctor as well, I can relate to this. I was the same way. And I also know that the abuse never leaves you. Instead, it lives inside you as a memory that will always have some effect on your life, relationships, etc. It doesn’t have to define you…but it does become a part of you.

Finally, if all this wasn’t enough…you were forced to train an extra year after being ready for the Olympics prior to the pandemic hitting. This understandably caused you to go into a depression and even question if you wanted to continue in your gymnastic path…the path where you were to be the GOAT! Talk about pressure!

Soooooo gee…how dare you break down and step away from competing (except for the balance beam and you should be so proud of that bronze medal 🤩) after all of this.

Honey, I don’t know why the fuck (sorry again) people would have shown concern and sympathy for you had you broken your leg…but if your mind has a breakdown, you’re vilified for it. You would think that in 2021 there would be more understanding of mental health. But, as someone who deals with mental illness everyday and teaches psychology, I can tell you there’s not. The stigma is strong and for people who have no experience with it, saying things like ‘suck it up’ or ‘you have to go on’ is easy. Rrrriiiiigggghhhhtttt. So…let’s wait until they suffer a heart attack and then say: “C’mon buddy, suck it up!” Think that would fly? Think that would be the compassionate thing to do? Of course not and right now, there might be somebody saying what a bad analogy this is. After all, heart attacks can kill. But as you and I both know, so can mental health issues and illness. So really, it’s a perfect analogy.

I think you making the decision to not compete was a strong, brave thing to do, and the one that probably saved you from injury or even worse. I’ve had a breakdown. And I know just breathing. Just getting through the day. Just talking to others can be insurmountable at times. Having to perform in front of the world who expects you to be perfect? Impossible. You did the only thing you could.

In one of your interviews, you said you realized you were more than just a gymnast…and you’re right. You are an intelligent, beautiful, kind, funny young woman who has a talent you have used to motivate and awe so many people in this world. Yet, you also have the position and celebrity of your voice being heard. So I ask you to please do this: continue to take care of yourself and tell the haters to piss off; then, continue to talk about mental health and mental illness. Help us to break the stigma that’s been in place for…well…forever. I have a really strong feeling that you’ll touch just as many lives using your voice as you do your gymnastic talents.

Blessings to you, champ…

P.S. If you want me to teach you my cartwheel, just holler.

One of my wonderful students from a couple of semesters ago messaged me about this condition and asked if I had ever heard of it.  I said I hadn’t and I started researching it.  I found so much interesting information!

First, this condition, Rejection Sensitive Dysphoria (RSD) is, according to experts, tied to ADHD (Attention Deficit Hyperactive Disorder):  about 99% of people with ADHD have it and about a third state it’s the most difficult part living with ADHD.  In a nutshell, RSD is extreme emotional sensitivity and pain brought on by the thought that the person has been rejected or criticized by important people in their life.

The specific symptoms of RSD are:

Now, I believe RSD can be tied to other disorders as well, such as anxiety disorders, mood disorders (depression and bipolar) and even certain personality disorders (borderline, avoidant, and dependent).

For example, in terms of bipolar, look at the symptoms of adult ADHD that I see are significantly tied into RSD:  impulsiveness, restlessness, low frustration tolerance, mood swings, hot temper, and trouble coping with stress.  And now some of the symptoms of bipolar:  mood swings (duh!), impulsiveness, restlessness, poor decision making, feelings of worthlessness, indecisive, and feelings of guilt.  Look how these match in so many ways! 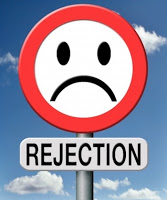 I found an article as I was digging around that actually shows RSD being related to bipolar in what looks to be a biological way (plus, this article cites another study to support this biological link as well).  The article also mentions how APPEARANCE based rejection can be related to eating disorders too, which are also being shown to have a biological basis.  SO…maybe RSD isn’t ONLY tied to ADHD, but is tied to many other disorders as well.  (I can even see it tied into children’s disorders such as Disruptive Mood Dysregulation Disorder).

Here’s why I thought this was so interesting to look at further:  I’ve ALWAYS been very sensitive to rejection!  If I thought a teacher didn’t like me; if I thought my parents or sister were mad at me; if friends made plans without me; if I was ‘criticized’ in class; etc., I would be devastated.  And I’m not using that term lightly! 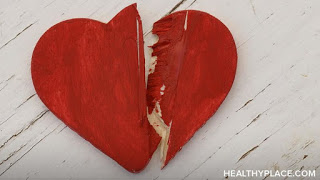 Actually, this came up at school just last week!  I’m on a special team where we evaluate one another and when I saw my scores as having ‘gaps’ in terms of my work, I IMMEDIATELY started crying!  I felt the evaluations were ‘rejecting’ or criticizing me as a professor.  My friend on the team talked to me about it, and showed me that the evaluations were meant for personal development and not necessarily valid in all areas since no one watches me in class and how I am with my students.

Further, my last break-up was shattering to me. I literally felt as if I were falling apart (which I actually did).   Regardless of any circumstance, I saw MYSELF as so less than, and my emotional distress was more than I could, in effect, handle at times.  I know I’ve reacted similarly in the past:  for example, I’ve talked about how I ran my car into a tree after my High School boyfriend broke up with me.  I also remember being very angry when a friend I had ‘rejected’ me a few years ago.  That anger stayed with me much longer than it ever should have.

Then, to top it off, you have people saying things like: “Quit being so sensitive!”  “Why do these things bother you so much?”  “There are other people out there!”   It’s so hard for people to understand this sensitivity unless they feel it themselves.  But that makes me feel even WORSE for having these strong emotions, as well as making me feel as if I’m being criticized for having them at all.  Yeesh!  It’s a huge self-defeating cycle I wish I had the power to stop.

So, what’s the take-away for me?  That Rejection Sensitivity exists.  That it’s more than likely tied to biological factors.  That it’s tied to more disorders than ADHD.  And, that it’s something that needs to be researched further for more understanding!

Finally this:  it’s not my ‘fault’ or a failure on my part that I’m so very sensitive to rejection.  It might be a part of the mood disorder that already causes so much disruption in my life.

Hmmm…I’m going to keep my eye on this topic!